Once we settled on an ideal spot in the yard to start working on the bus, a shady area in the side yard, we began the somewhat nasty task of cleaning/stripping/deconstruction. This involved peeling up the floors, removing the side panels and ceiling panels and replacing all the insulation. Simple enough right?

From everything that we read, the floors of buses are composed of a metal bottom, plywood layer and rubber layer. Chris discovered that ours lacked the plywood and instead our rubber was glued directly to the floor. After many hours of pulling, scraping, and banging with a mallet, paint remover scraper and crowbar, we finally had all of the nasty rubber removed and bagged. We feel very fortunate that the floor is in such great shape, almost no rust at all! I feel bad for the trash guy though, those bags were heavy!

Next, Chris began unscrewing the side and ceiling panels. I have a feeling I'm going to use this phrase a lot, but from everything that we read this would be as simple as unscrewing and pulling everything off.

We encountered *hundreds* of stripped screws. I say we, but really I mean Chris and my Dad. I was relatively useless in that department and instead set myself to the task of sanding off the school bus signs on the outside and cleaning the gum like substance that was sticking to the floor along the walls. After getting out all the loose screws, Chris made his first big purchase, an impact drill, which worked for about 60% of the stripped screws. My dad was nice enough to pick up a manual impact driver which helped with a good chunk of them that didn't work with the electric one, that is until the drill bit broke. We were also bummed to learn that our side panels actually go up under each of the windows so unless we remove the windows, we can't remove the side panels. We've decided to leave the insulation in there alone for now. As for the ceiling panels, we really wanted to get those down so we could replace the 21 year old insulation and get a good look at the shape the roof was in and understand the electrical stored up there. After 5 long days of working away, we finally got them all down! There are 10 panels across the top of the bus and 22 side panels, Chris did a rough tally and estimates he removed over 1400 screws this week. What a guy!


We're still making final decisions to our floor plan. I created this nifty graph paper with to-scale furniture that can be moved around to see what could work. Once the floors are cleaned and sanded we'll use painters tape to draw out our floor plan to get a better sense of spacing and practicality. This part of the planning is very exciting, but a little stressful since this is the layout we'll be living with for several years. Any suggestions are welcome! 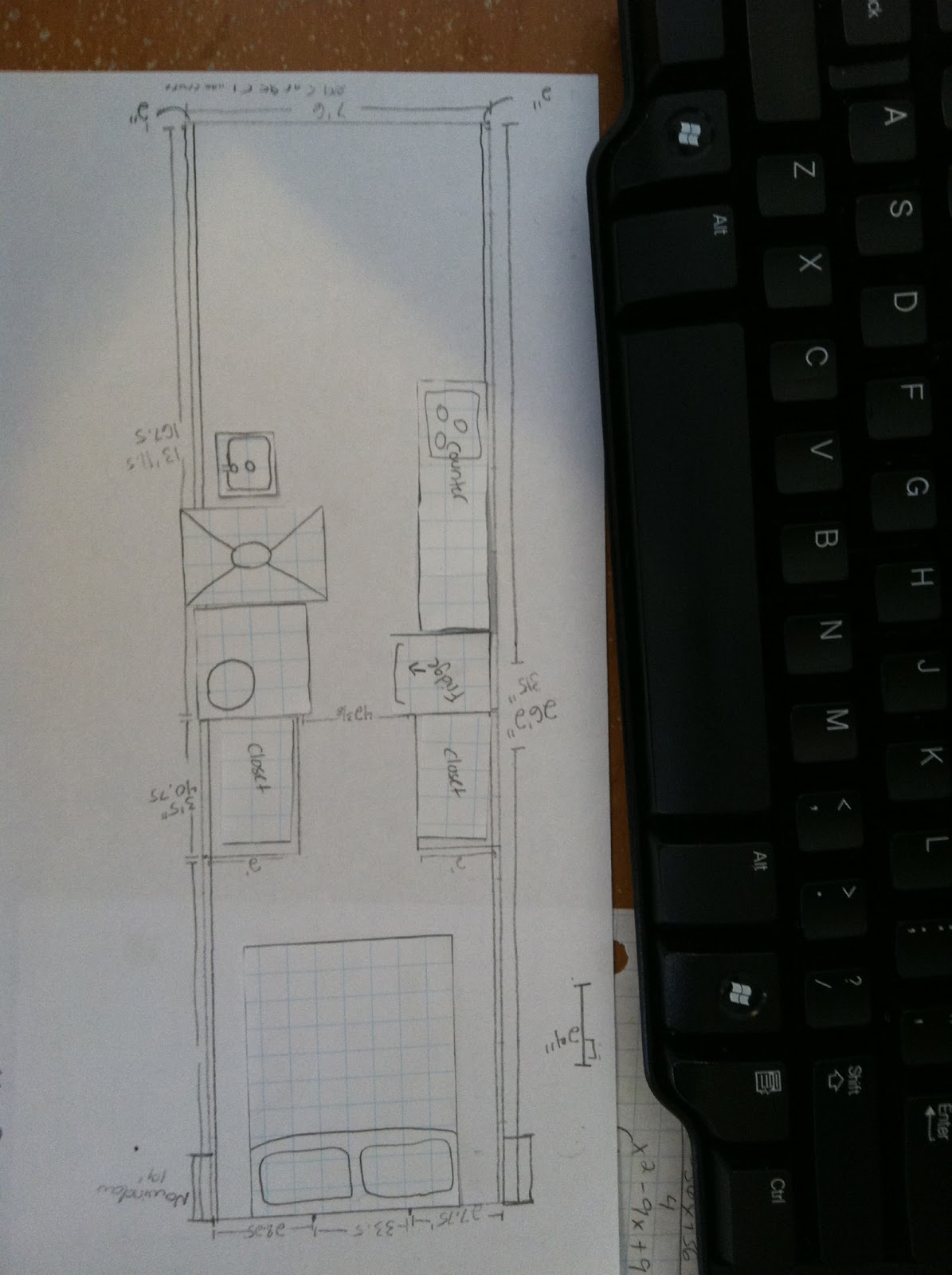