In the past year or so I've read my fair share of alternative dwelling articles and blogs. In fact, the first exposure I had to tiny living was though the Tiny Tack House blog. This house is one of the cutest tiny houses I've seen to date. 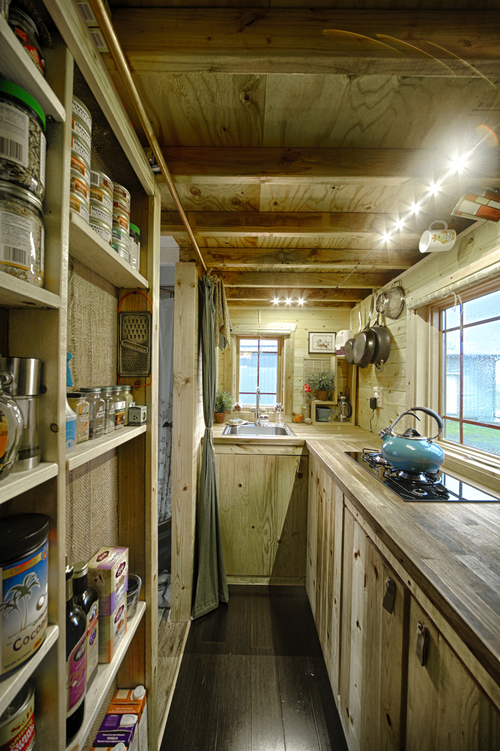 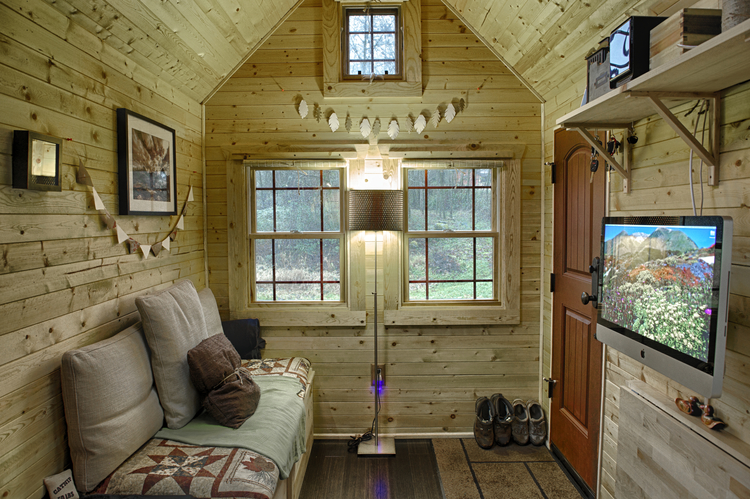 We've also drawn a lot of inspiration from the spectacularly documented Good News Bus, as well as a host of other pages on the popular School Bus Conversion Network website, Skoolie. 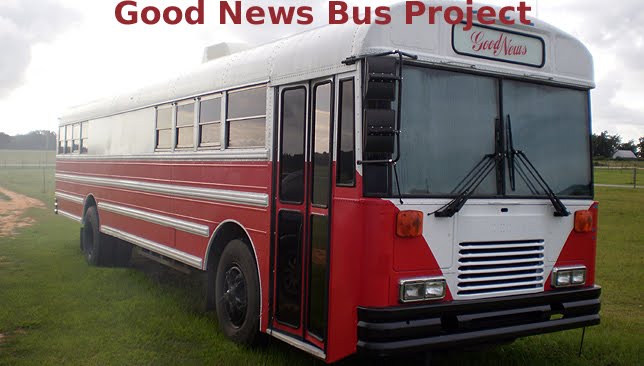 However, one thing I've noticed about all these blogs is that they somehow manage to sum up transitioning out of "big" living in a couple of sentences. Usually it involves "I sold my house and got rid of most of my stuff" and they the move on to tell the story of the build, etc. etc. I wanted to devote this blog post to the painstaking task of divorcing big living and all that it entails.

First of all, I'll start by saying we live in a 3 bedroom, 2 bathroom 1600 square foot house with a 2 car garage, large back porch and 1/3 acre lot. For 2 people, 2 small/medium dogs, a bunny and a fish, that's a lot of space. In the past 2 years, we've managed to fill up the space quite well. We got a large pool/air hockey table for the front room, a hammock, patio furniture set, fire pit and gas grill for the back porch, and garage-saled weekly to find knick-knacks and furniture to fill the rest of the rooms. Buying stuff became our hobby and even though we got great deals and most of it was used, it kills me now to think about how much time and money we actually spent doing this.  Then, we got married last year and registered for a whole new set of stuff! New kitchen sets, bake ware,  appliances and decorations. This resulted in finding ourselves with duplicates, even triplicates of  items that served the same purpose. Who needs 6 cutting boards? Me, apparently. I started to stress about becoming one of those cases on the A&E show, Hoarders.


So began the purge. We started small by going through dressers and donating clothes that we don't wear anymore and then  moving room by room. I posted a few things on Craigslist each week and was pleasantly surprised when they sold. Most of the things, in fact, I sold for more money than we bought them for, which felt great! Giving ourselves plenty of time to do this was a big plus. I can't imagine having to make all of those decisions in one day. Some things were hard to let go of, like the box my engagement ring came in. I had to force myself to think practically: I have the ring and the guy, why would I need the box? However, there were also days when I'd peek into a room and imagine how I'd feel if the whole thing and everything in it just disappeared. Poof! Gone! More and more often, I didn't care.

While selling our stuff, we met some great people along the way. One lady who bought my bookcase just moved back down from up north to restart her life in the area. We helped transport the bookcase because it was too big for her car and she promised to pay it forward in the future (Thanks Crystal!). I love the idea of our things being used by others who need them, instead of just being thrown away. I also liked the extra cash we got! We hope to rid ourselves of the rest of our unnecessary stuff this weekend at a large garage sale.

Now, don't get me wrong, I couldn't imagine getting rid of everything. Many of my belongings are quite precious to me, like the artwork Chris and I have collected over the years, pottery from my friends or tokens from our travels, not to mention my pie baking supplies. Also, my family has generously offered to house some small pieces of furniture that, at this time, feel irreplaceable.  Our goal with this change in our life is to eliminate the urge to buy things to make us happy and instead determine exactly which things we *need* to be happy (and I seriously hope the list doesn't include 200 pieces of flatware, 6 cutting boards, or 25 different colors of nail polish, because I just got rid of those...)

This week has been a little slow for work on the bus. Chris has a test tonight and I've been tutoring at night so we haven't had a ton of time. We did start sanding the floor though and man are we impressed! The pictures below were taken with my phone so they're not the best quality but our old girl's floor looks like new after a light sanding. My dad said we could just shine her up and keep the contemporary chrome look. A nice idea but would probably be a little cold, not to mention the sound of dog nails on metal all day..uhg. 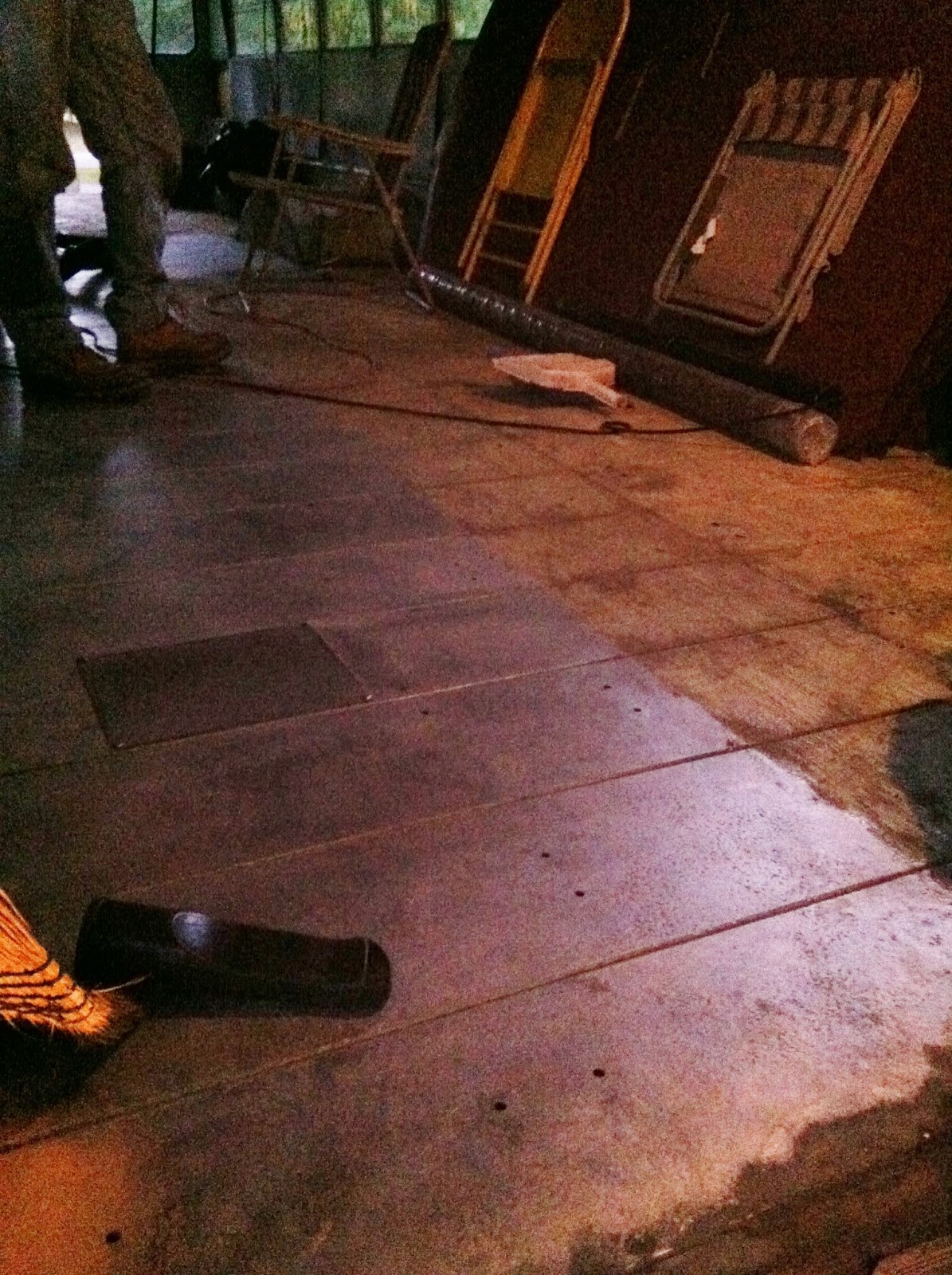 I can't express enough how much it means to us to have the overwhelming support of our friends and family. I was hesitant to share this project because I expected a lot of weird stares and push-back from naysayers. Instead I received warm comments, encouraging facebook  and texts messages and a lot of enthusiasm. Thanks guys, you're the best!

We hope to have lots of work done after this weekend so stay tuned!