This weekend we spent most of our time sanding, cleaning, scrubbing and planning. The difference in the bus is amazing. The floors and walls are literally a different color and that dirty bus smell is far less apparent, woohoo! We also had a very successful garage sale and removed about 70% of the stuff from our rental house.

After sorting out the insurance, license plate and title, we're pleased to announce we're finally road-legal! We celebrated by taking a quick ride around the neighborhood. 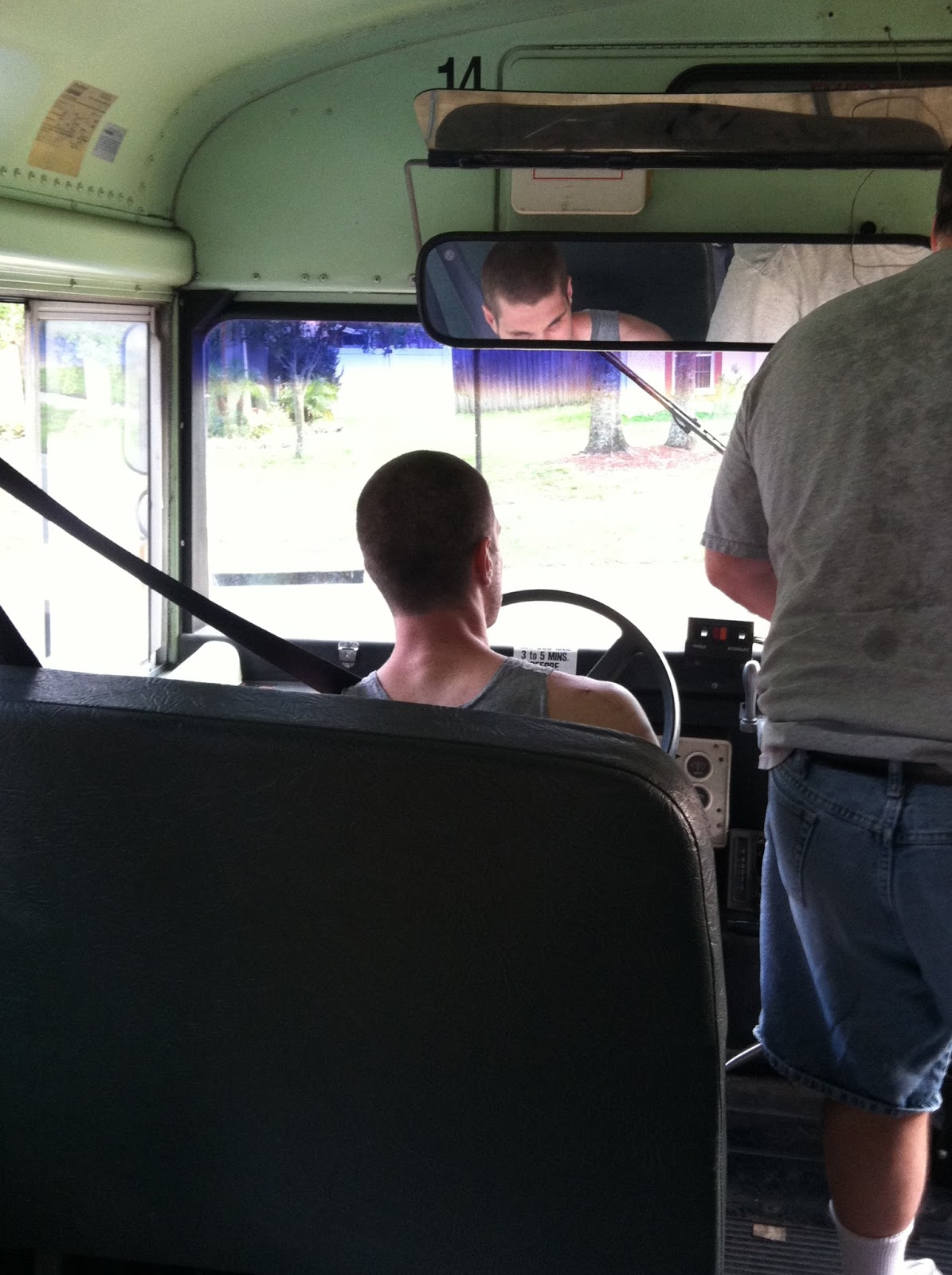 Our weekend also included several trips to Home Depot and Lowes and a lot of planning. Once the floors were clean we were finally able to lay down painters tape to map the layout. A digital version is currently in development, stay tuned.

As of Sunday, we hadn't quite figured out what we wanted to do about the shower. I had the idea to get one of those walk-in tubs that are frequently associated with old people. They take up less space than a tub and would make it so we didn't have to tile in a whole shower stall. One look at the price tag quickly change my mind on that idea though. $3000! No thank you. 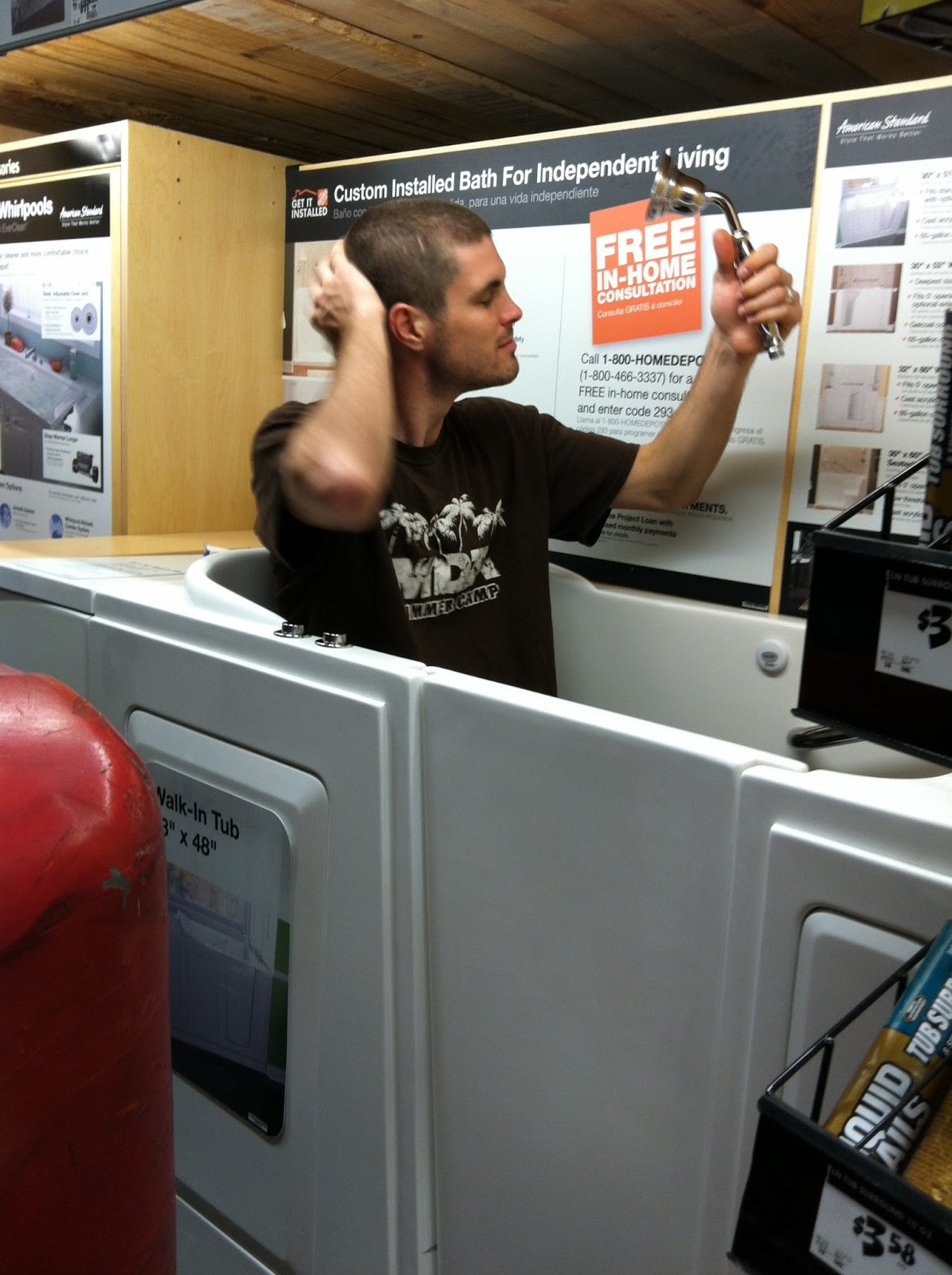 So we started exploring other solutions. We obviously want to be able to take showers. However, due to the layout of the bus it would be way more convenient if the shower was off to one side or the other to create a comfortable aisle to reach the back of the bus. This restricted us some, although Chris can stand up straight in the middle of the bus, he has to duck slightly when he gets to the very sides. With the added height of a shower pan and tile, he wouldn't have the most comfortable bathing arrangements.

We toyed around with the idea of a built-in seat in the shower so he can sit and bathe. This added some potential problems of water proofing, water containment, structure of the drain and of course wasted space where the seat is.

We literally stumbled upon a solution while at the local feed depot (yes, you read that sentence correctly). We decided that a 3x2x2 water trough would work perfectly as our bathtub/shower stall. It's galvanized metal that will resist rust (we may paint it with rustoleum boat paint as well) and it was incredibly budget friendly (the whole thing cost less than just a shower pan). We plan to build a seat to use in it when showering, or it can be used as a tub (heated by our previously purchased, tank-less, on demand water heater). Also, we'll have a cover of some sort to go over it when it's not being used for additional storage/seating/etc. It's ordered and will be here next week!


I had read about people "recycling" used materials from construction sites. Deek Diedricksen from RelaxShack discusses this a lot in his videos. In his opinion, you could build a tiny dwelling completely made of recycled materials. He uses some pretty funky stuff in his "Micro Architecture" like old coke bottles for windows and bike tires for "pressure bookshelves". One tip he mentions in several of his videos is that, with permission, you can recycle materials from construction sites. On Monday we stopped by a house under construction nearby and managed to snag 2 full carloads of wood! Bunches of 2x4's, 2x6's, 2x12's and really durable 1 inch plywood. It was quite the find and we plan on continuing this strategy to save money and resources in the future (lucky us, they just broke ground on 3 more houses!). 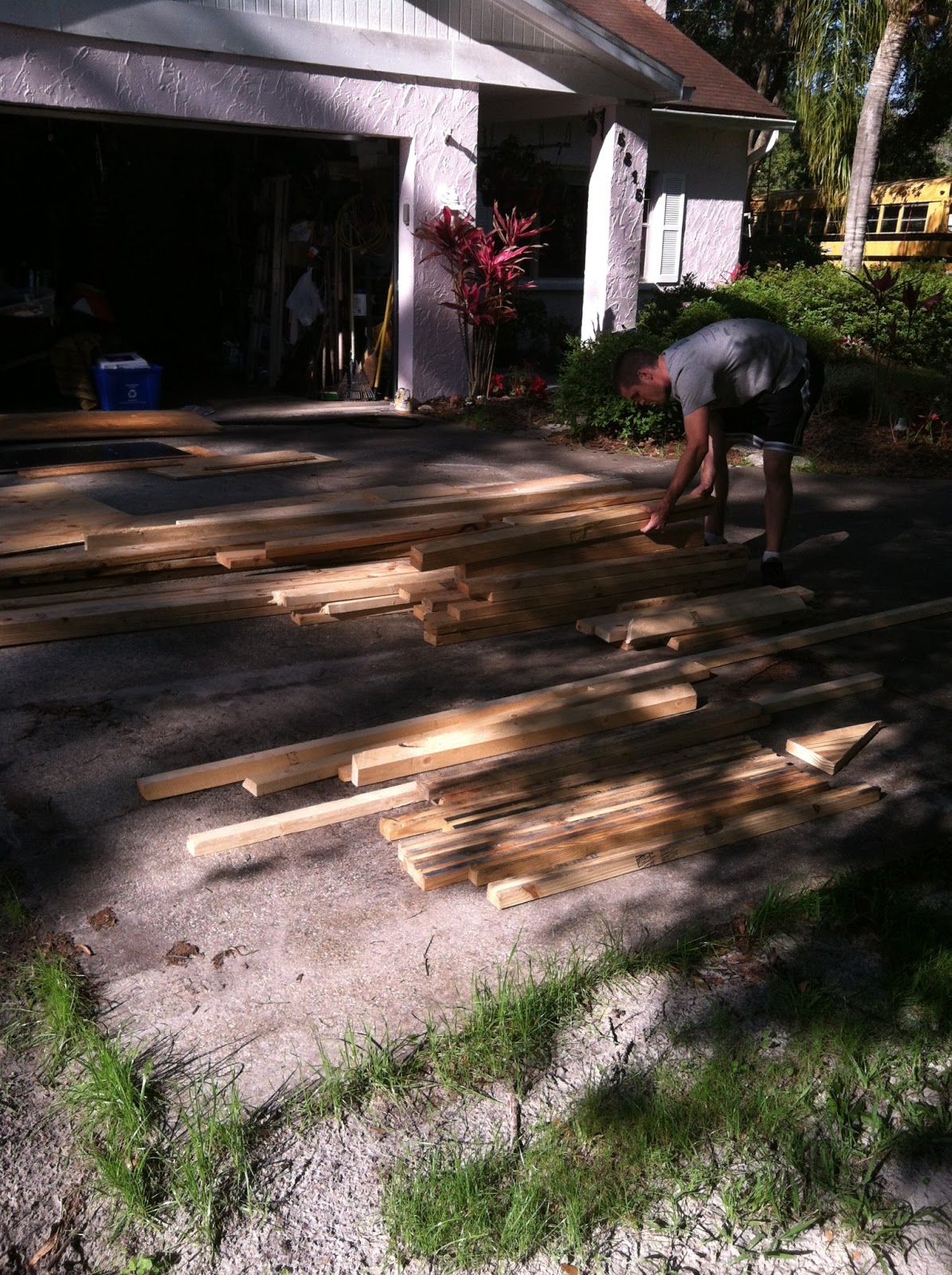 The plan for this week is to rust-proof the floor and paint the ceiling with Nasa-developed, insulating paint.