With Good Friday off work, Chris and I spent the better part of 3 days working on the bus and it was a beautiful weekend indeed! The weather was perfect and with Pandora playing Edward Sharpe & The Magnetic Zeros, Walk Off the Earth and Lay Me Down stations, we developed a wonderful rhythm.

After removing the 250+ screws that hold down the side panels, we discovered that they don't come off without removing the windows. After careful inspection, we decided that the insulation in the panels was sufficient and we'd just close them back up and seal them tight. There's going to be an additional layer of insulation on the inside of them anyways to form our interior wall so this should suffice. Chris put a line of silicone along each panel to create an extra tight seal and then put in new screws. 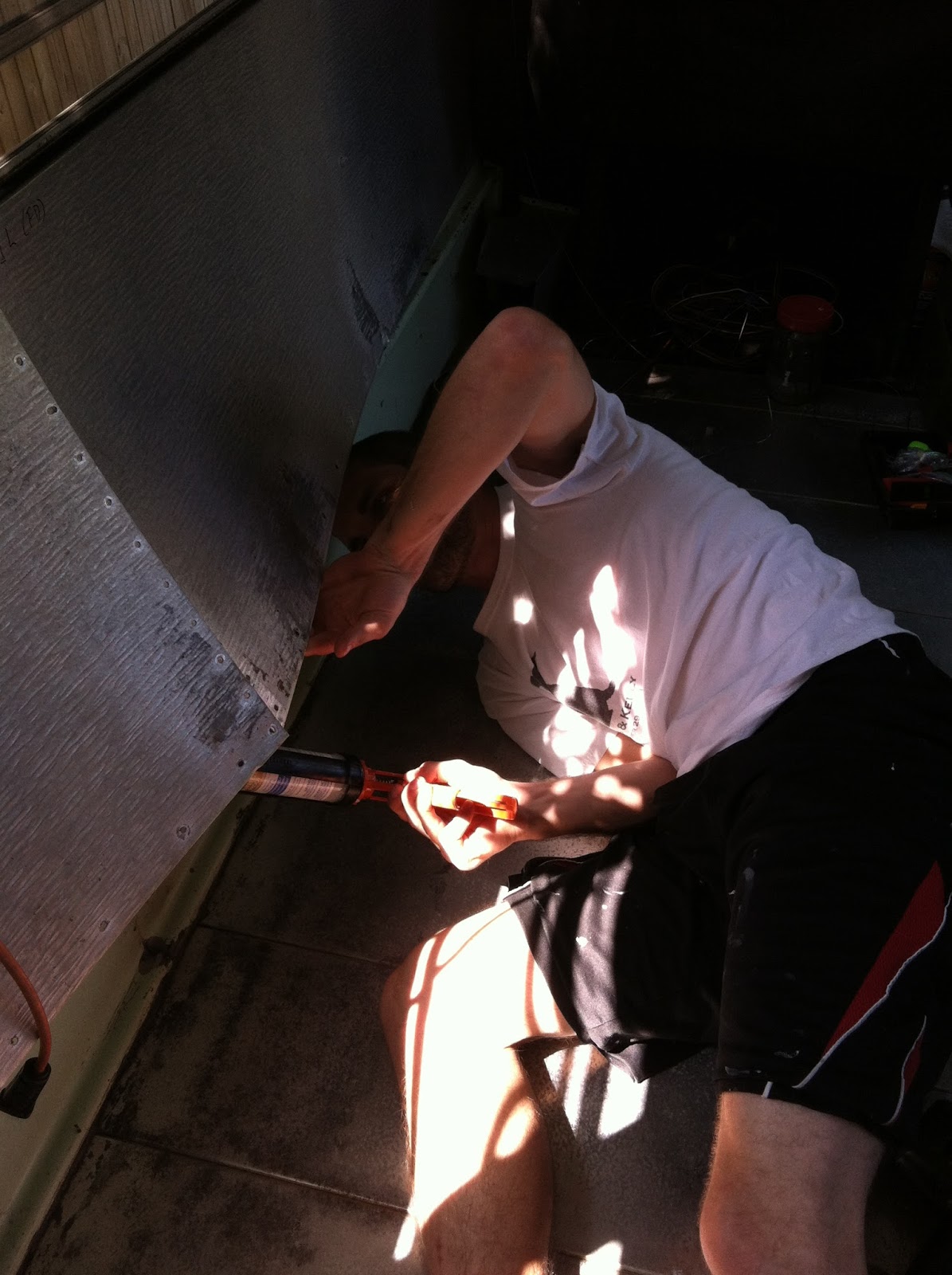 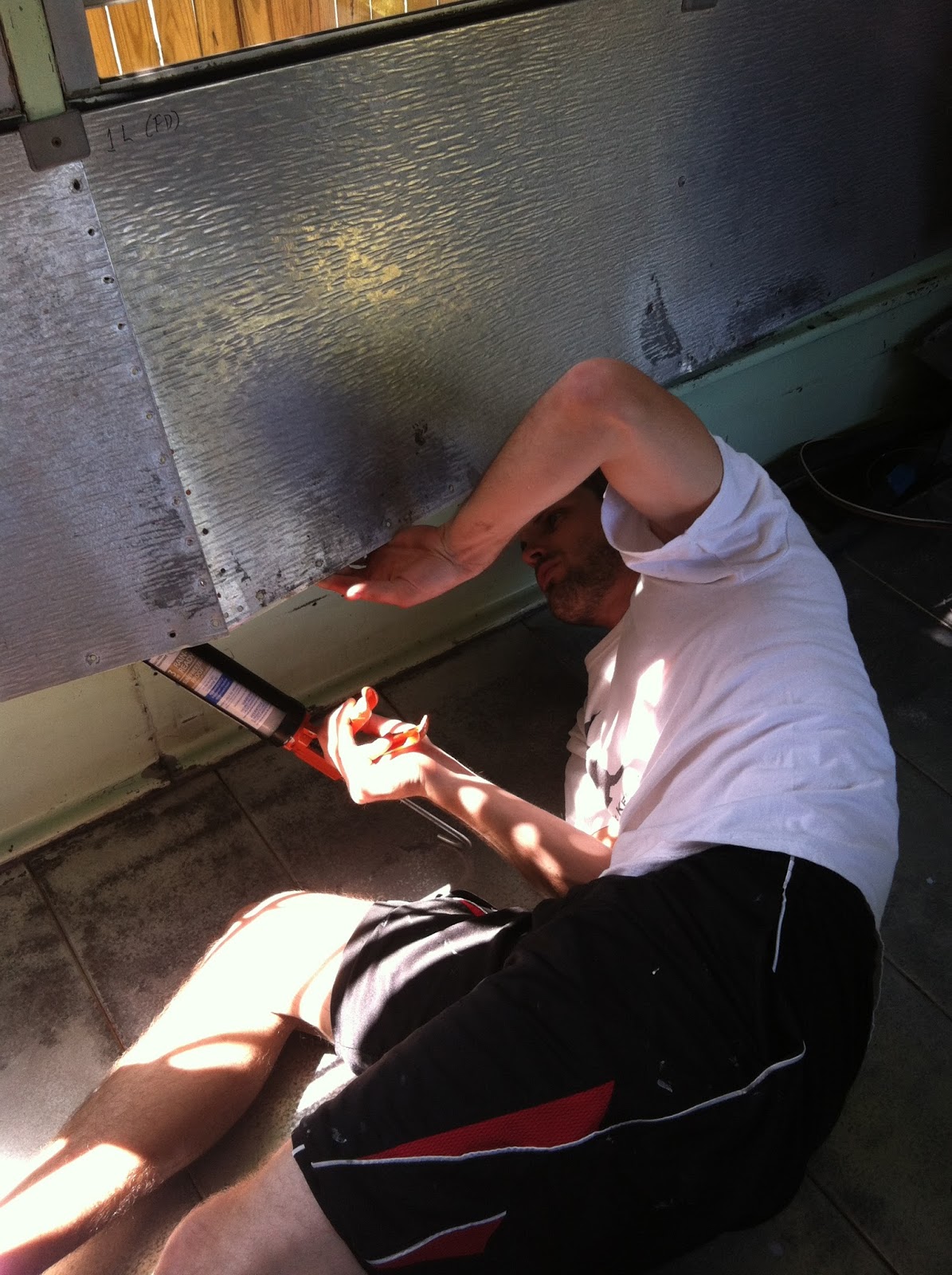 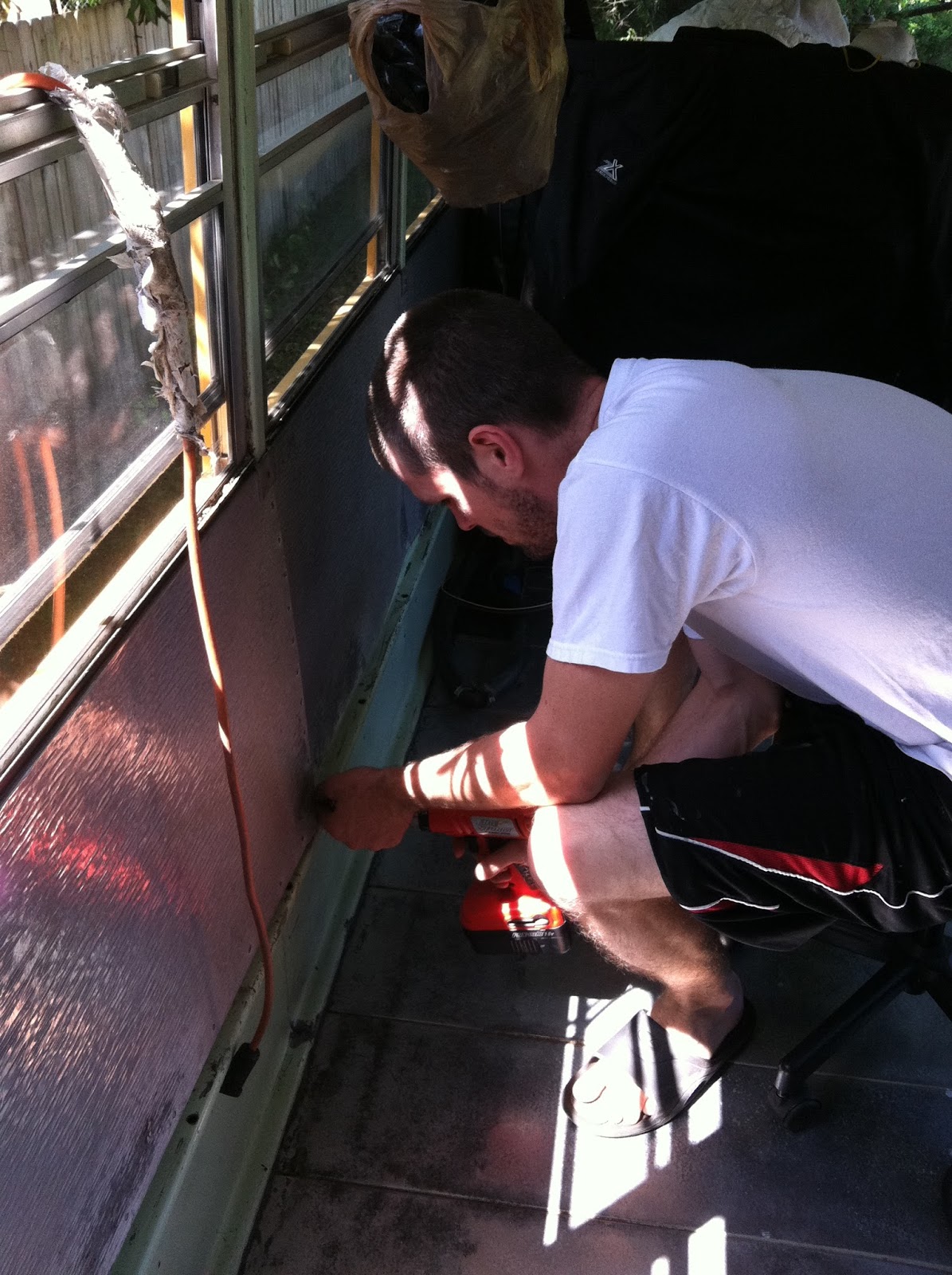 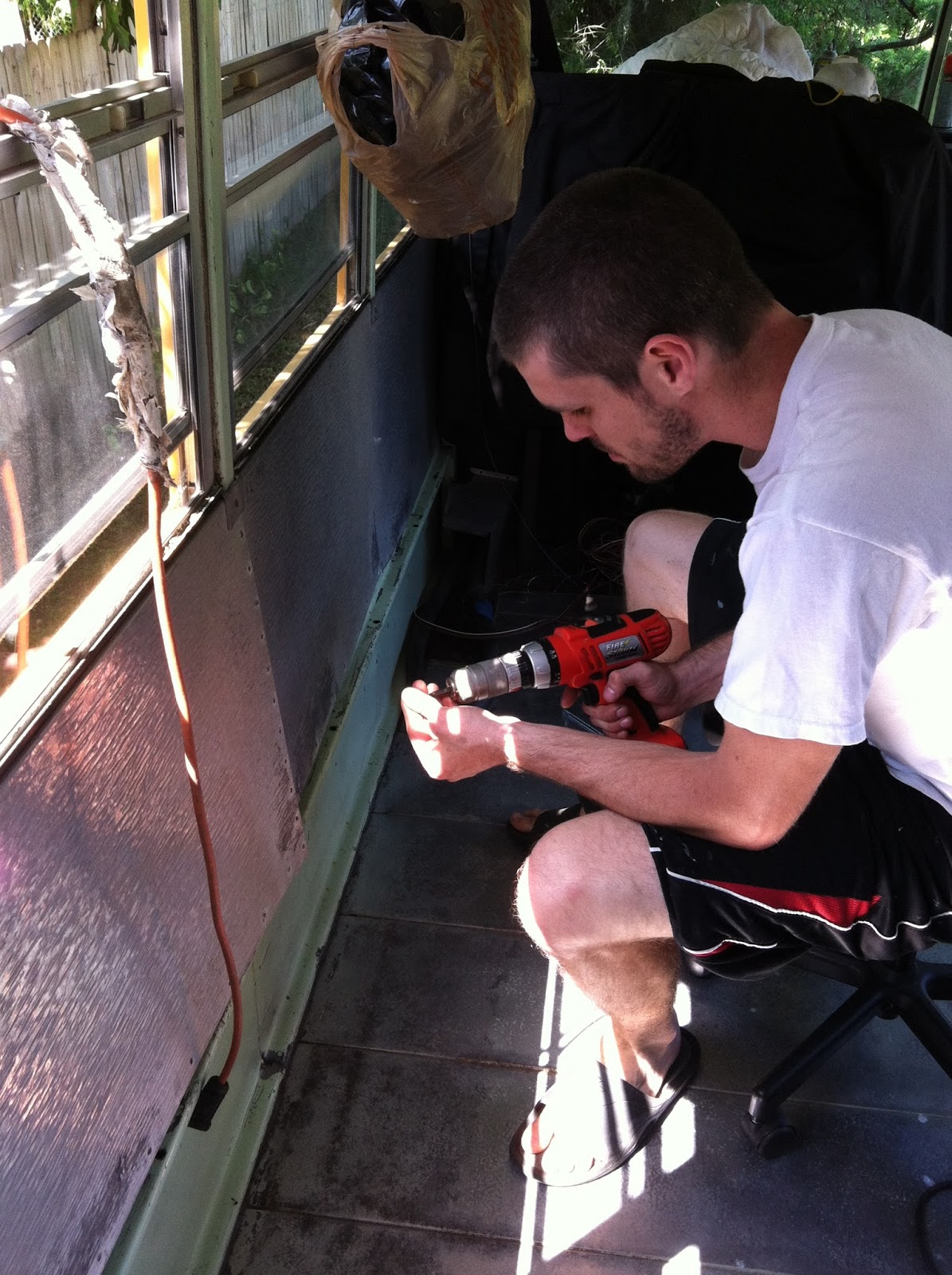 We also bought several gallons of white Rustoleum Paint which we added the Hy-Tech ceramic paint additive to and began painting the ceiling. It recommends 2 coats and takes 6 hours to dry so we just got the first coat done on Saturday. 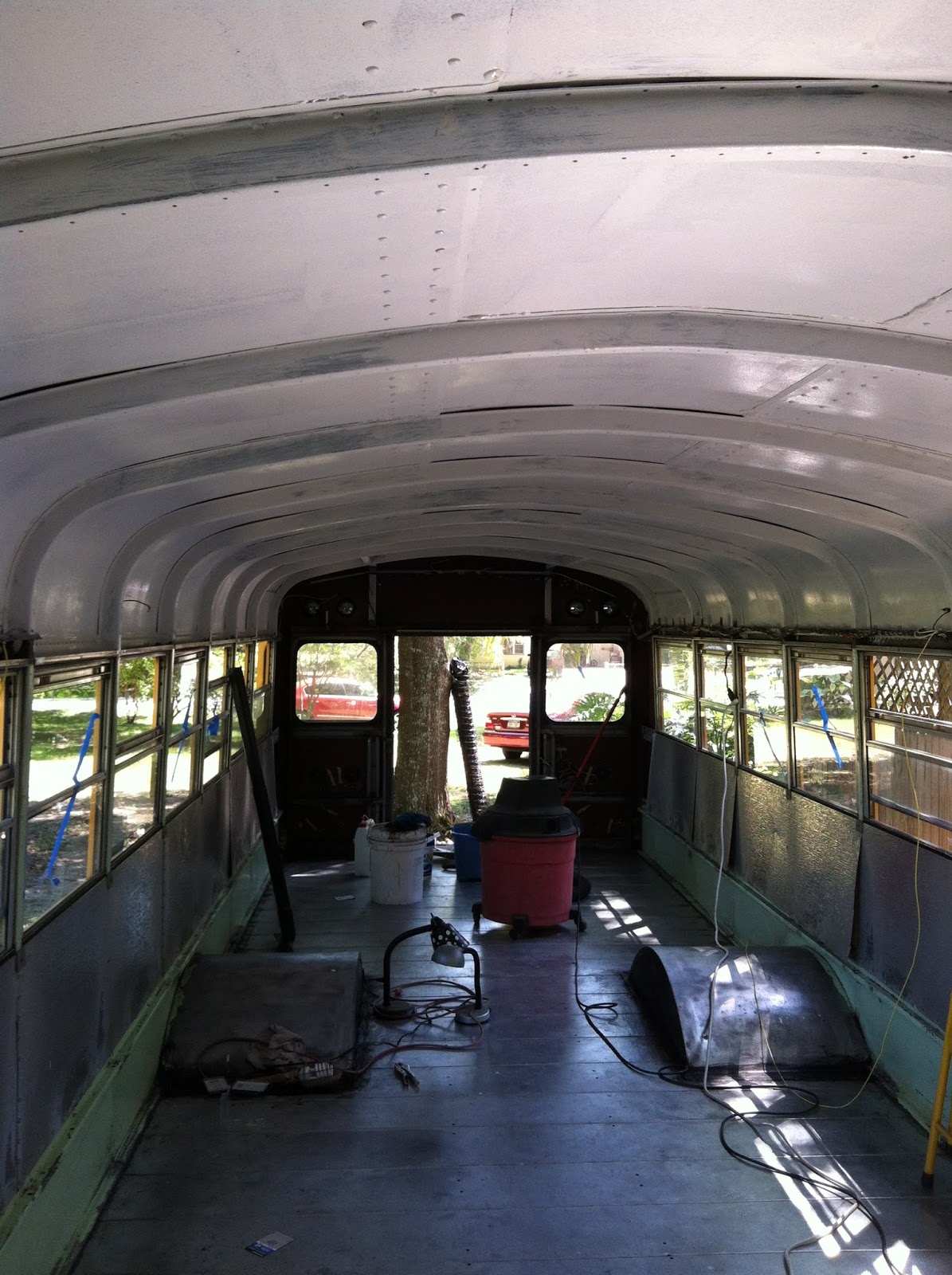 One issue we've been having since the start of our project (3 weeks ago today!) is that our dogs love us. Ok, well that's not really a problem, but the issue arises when they love us so much that they want to be with us at all times. And when they can't be with us, like when they're in the back yard and we're working on the bus, they bark and cry and moan and drive everyone crazy. So we (Chris) created a temporary fence around the bus so they can come and go from our workspace without escaping. They are much much happier with this arrangement. 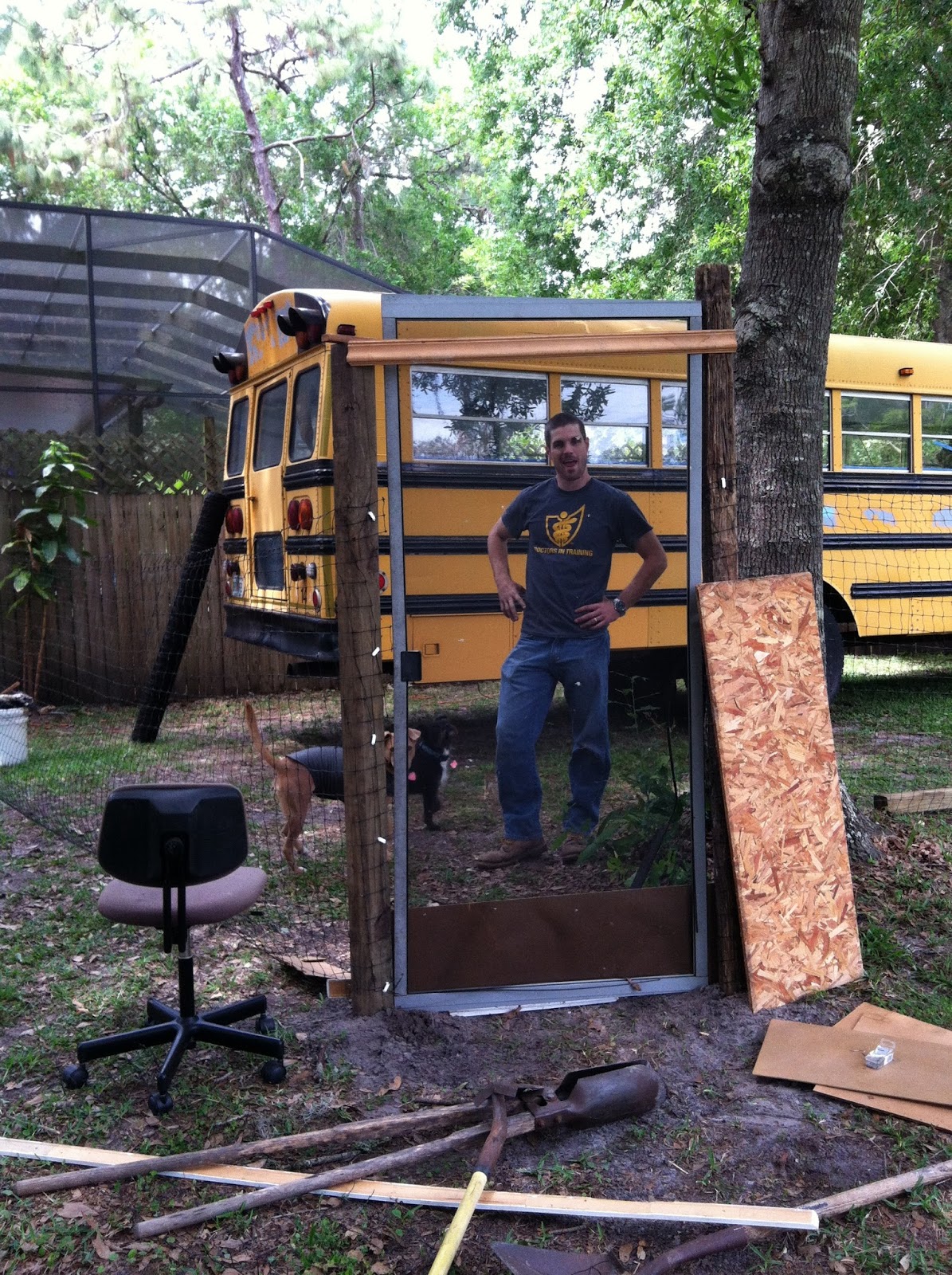 After the final coat of paint on the ceiling we began painting the side panels and wheel wells. They look so much cleaner with the fresh white, though it will all be covered once the official "construction" phase begins. 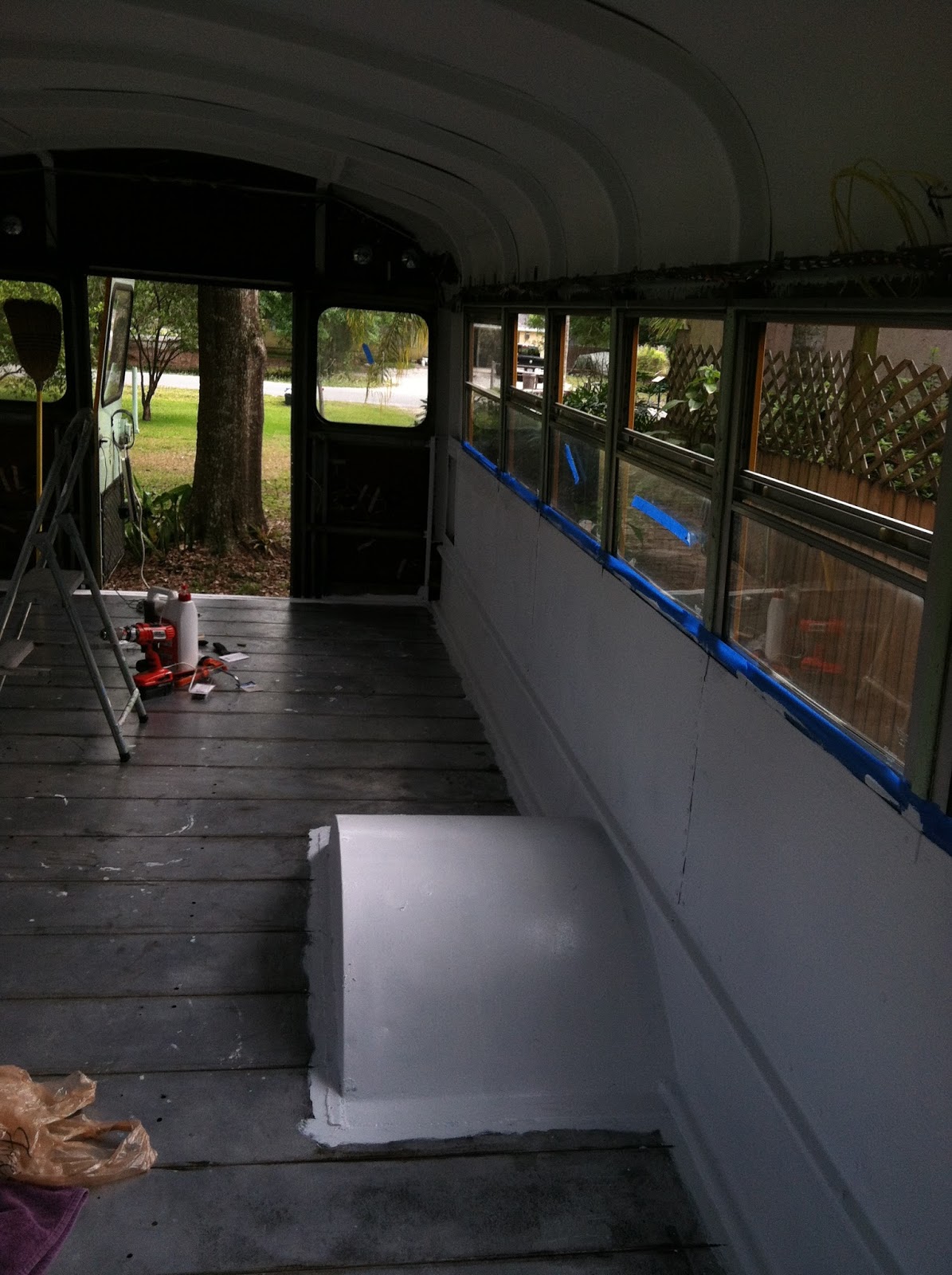 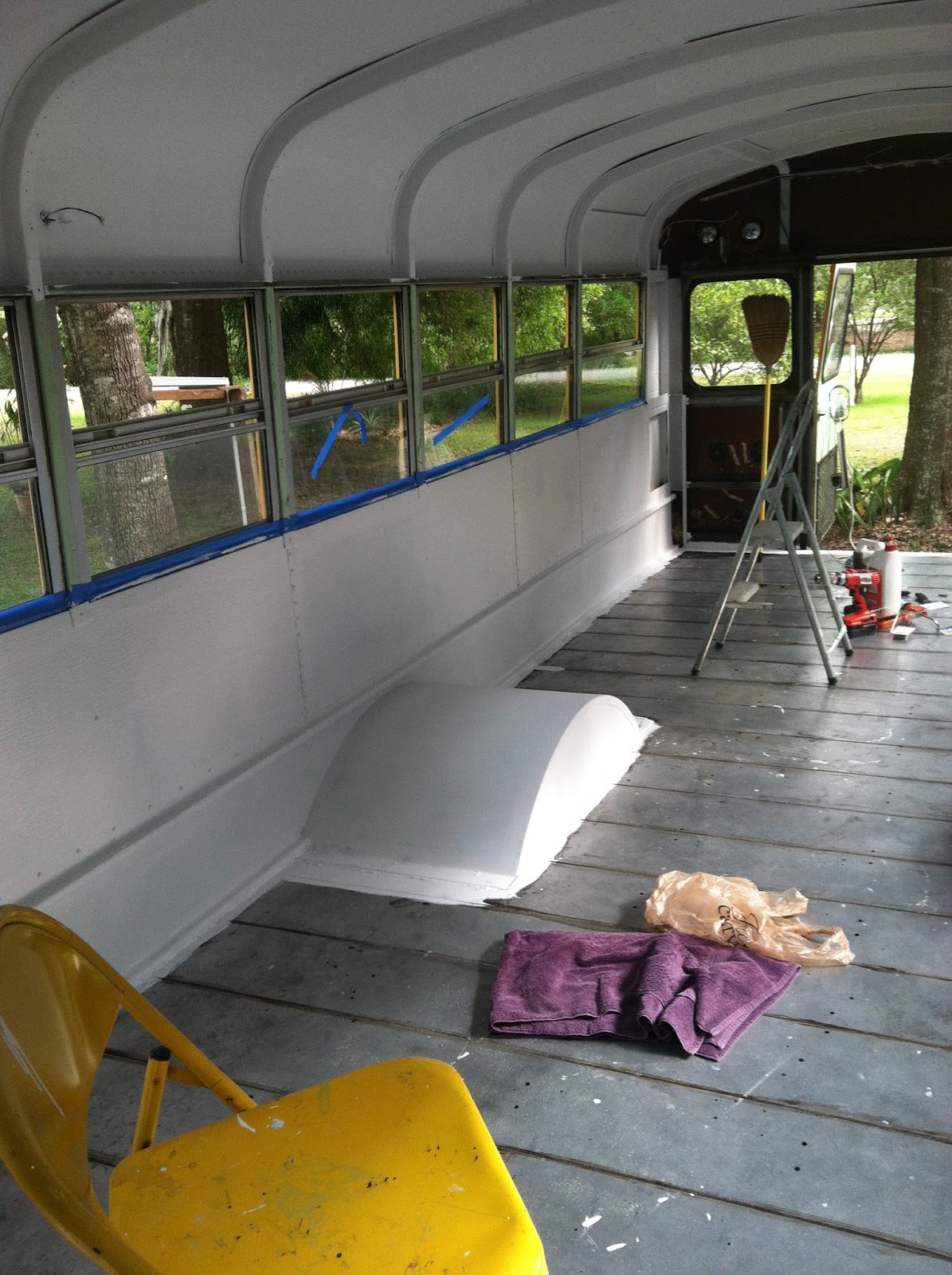 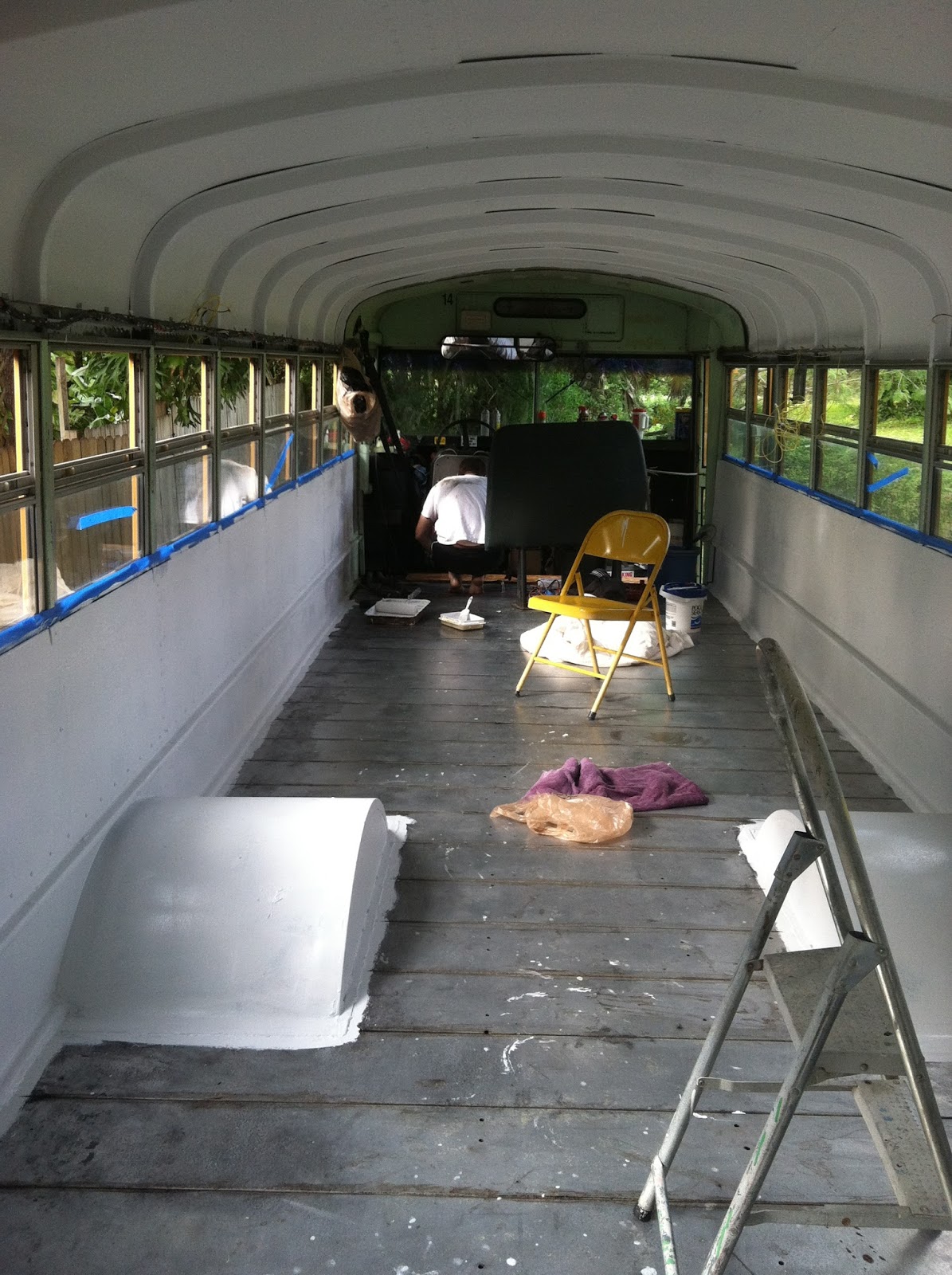 Our plan was to finish the first coat on the walls and the get a first coat on the floor and call it a day. However, we realized that to sufficiently finish painting the walls we'd have to remove the padded seat back behind the driver's seat. As always, it took significantly more time than expected due to some rusted bolts and tricky nut placement behind the battery bank under the bus. However, we succeeded!

Having to remove just two of these made me so grateful that we got the seats removed by BGA when we bought the bus. It would have been just awful to have to remove and dispose of 22 seats.

Between the drivers seat and the removed seat back was more of the nasty bus rubber. That was quickly stripped out and tomorrow it just needs a good scrubbing and sanding before the painting can continue.

Chris will continue painting alone this week as I work. He will also work on rewiring the back lights and preparing to start the flooring!