After 1 full month of deconstruction, cleaning, and removing things from the bus, we finally were able to start the construction phase!

Saturday was a fairly frustrating day for us. We went to a hardware store on the far side of town to get special, marine grade plywood. Chris had done some research and discovered that this plywood is stronger and more resistant to moisture than other types. We were prepared to fork over the $65 a sheet, that is until we started talking to the guys that worked at the lumber yard. They took us in circles for over an hour, one suggesting that thinner plywood would be better because it would be flexible to the movement of the bus, the other saying that thicker would be better because it would be more rigid and prevent our hardwood from popping with the flexing of the bus. Needless to say, we went home dizzy with uncertainty and decided to do some more research and remeasure how much we actually needed. After lunch we decided we'd go look at 1/2" tongue-and-groove sturdi-floor OSB. I called up home depot to make sure they had it, which they assured me they did. We showed up and sure enough they only had 3/4" tongue and groove, which was thicker than we wanted to make our floors due to Chris' "vertical challenges". After about an hour of calling around to all the stores in the area we gave up and just bought the 1/2" B/C plywood that we planned on getting a few weeks ago but decided to do more research first. Go figure.


Chris' father leant us his metal saw horses which came in handy and the first few pieces went in easy on top of our vapor barrier. The vapor barrier, or plastic bag as I liked to call it, was easy enough to fit, though our bus quickly became a "no shoe" zone after I had to sweep the top of the plastic for the 3rd time.

We toyed around with driving the bus to home depot to pick up the wood but after a quick measurement realized it would fit nicely in the envoy. Well, maybe not nicely, but it fit. 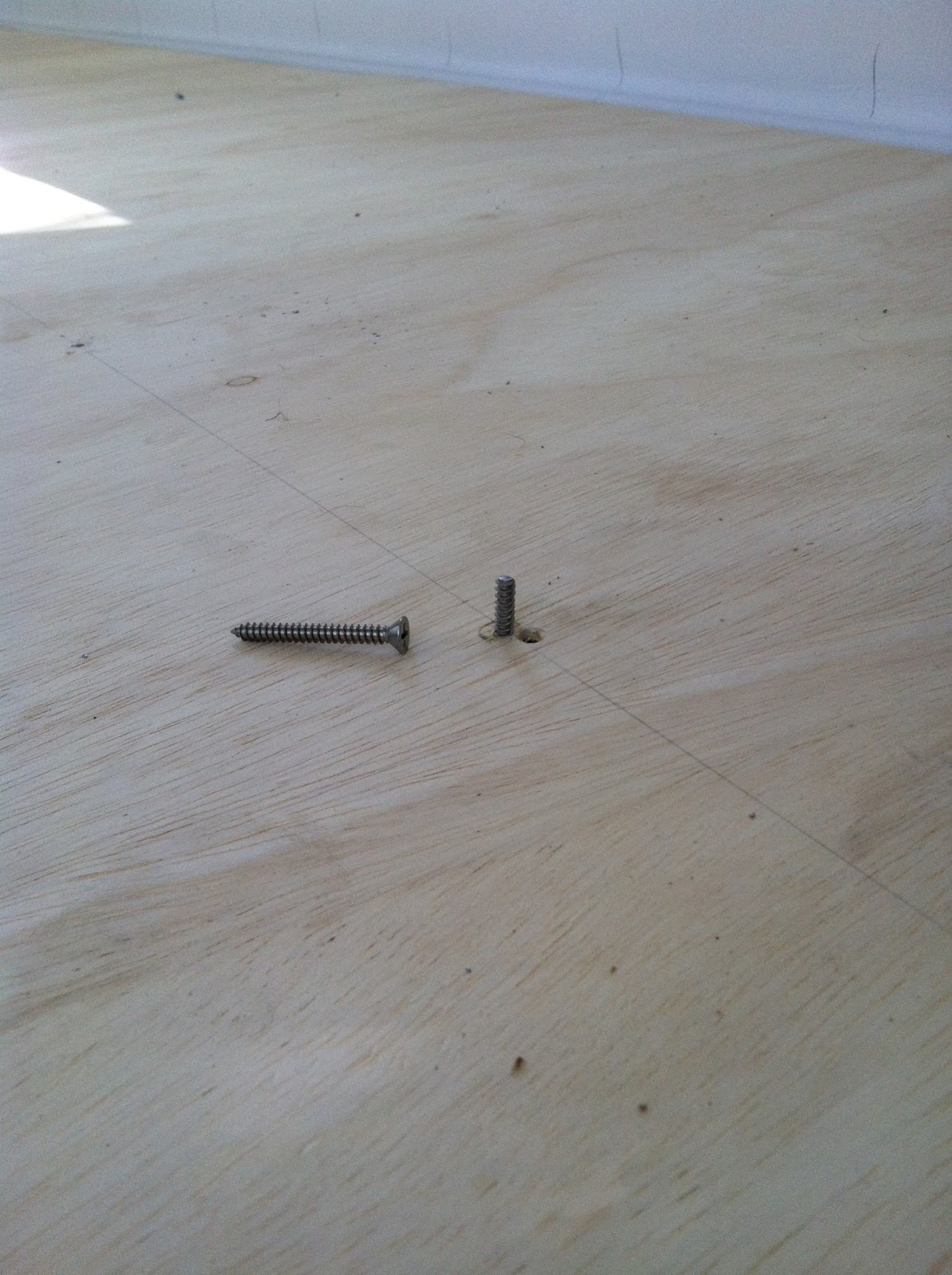 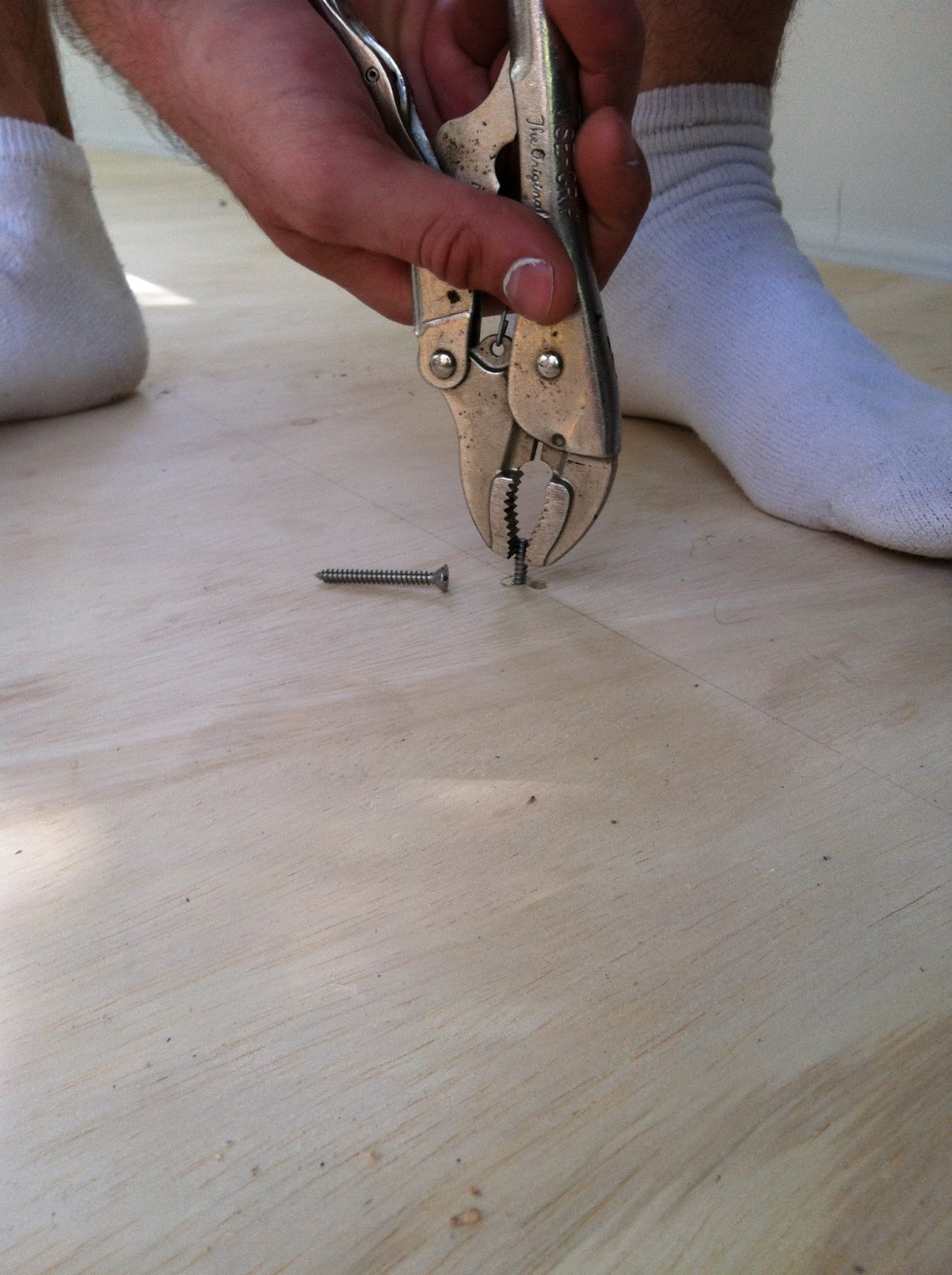 
Ok so sometimes we had to cut twice, or thrice. Like when we were trying to fit the plywood around the wheel wells. Where the wheel wells were welded (say that 10 times fast) were big blobs of weld bead. that we tried sanding down but couldn't put much of a dent in. So we worked around it. The whole area will be covered by closets or hardwood anyways. 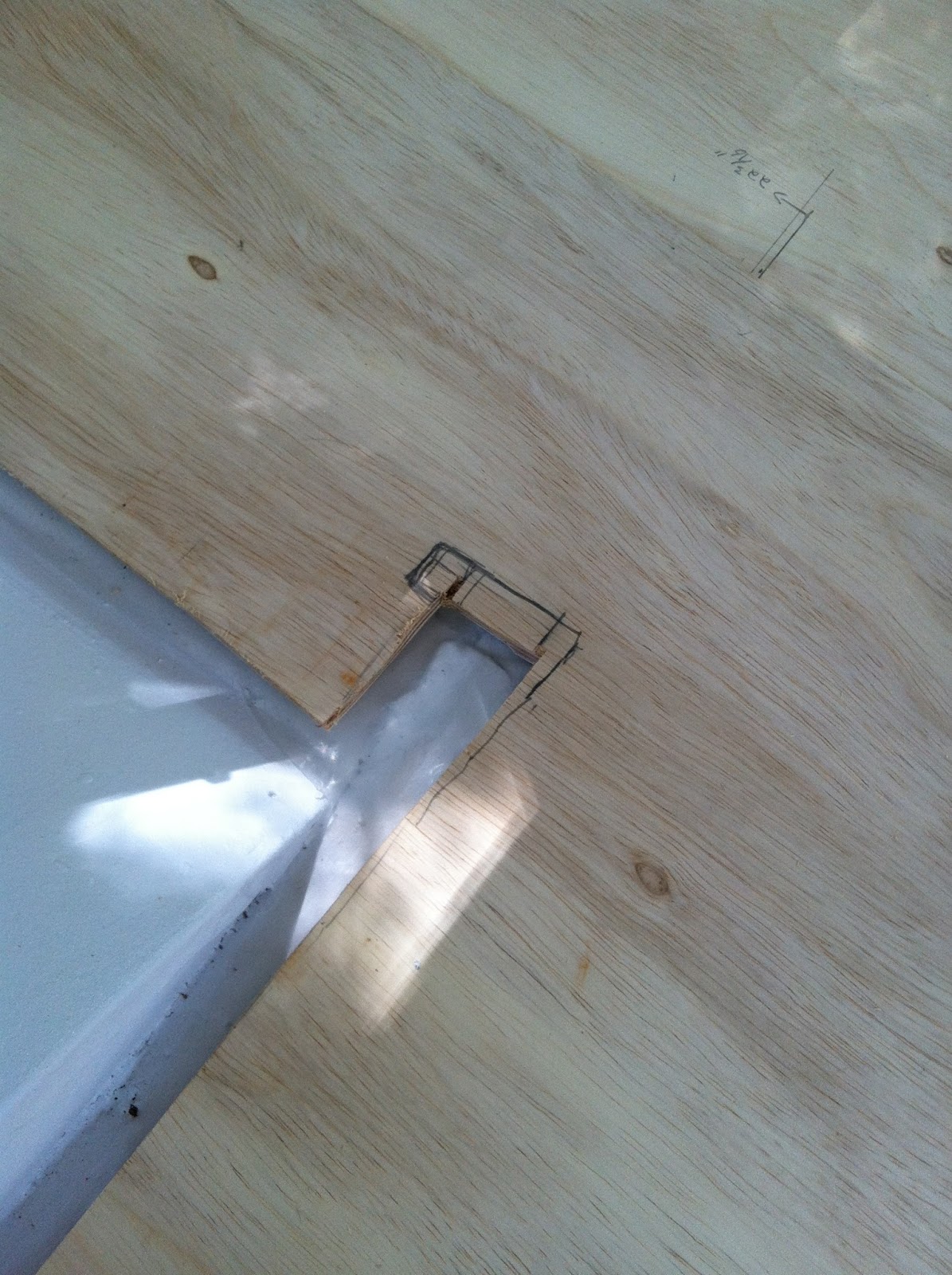 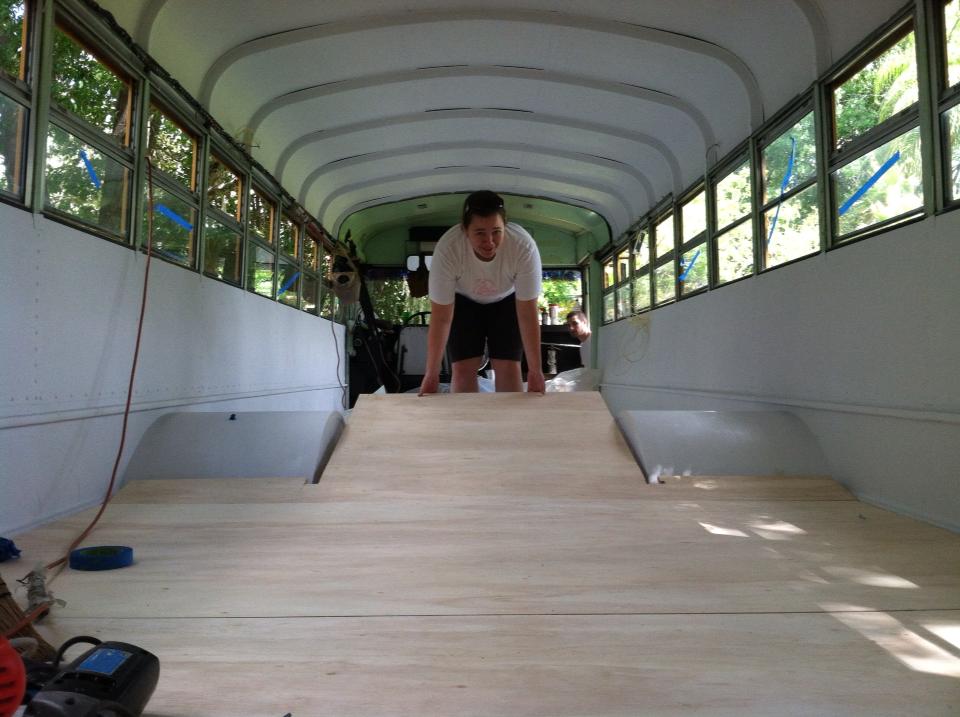 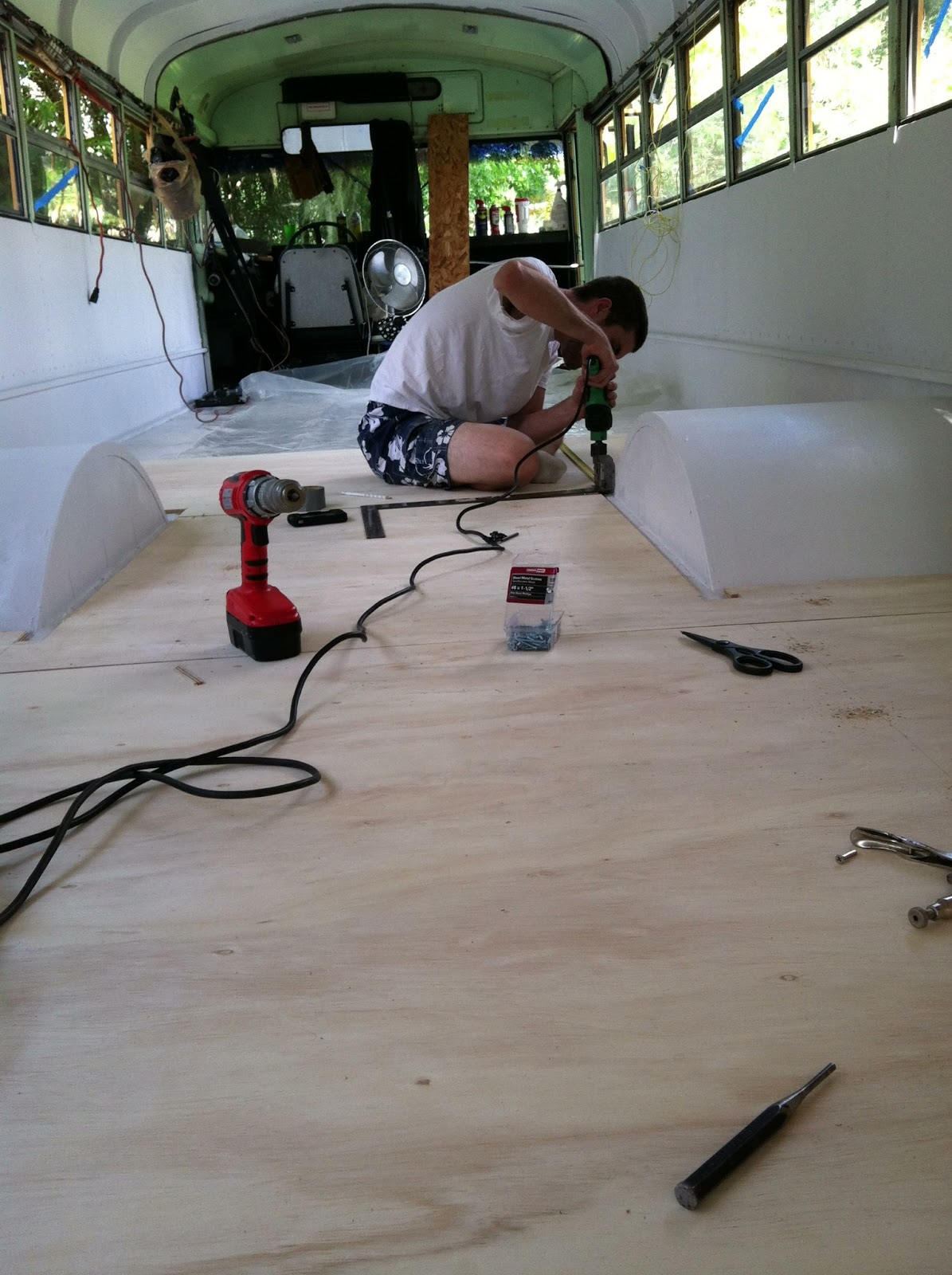 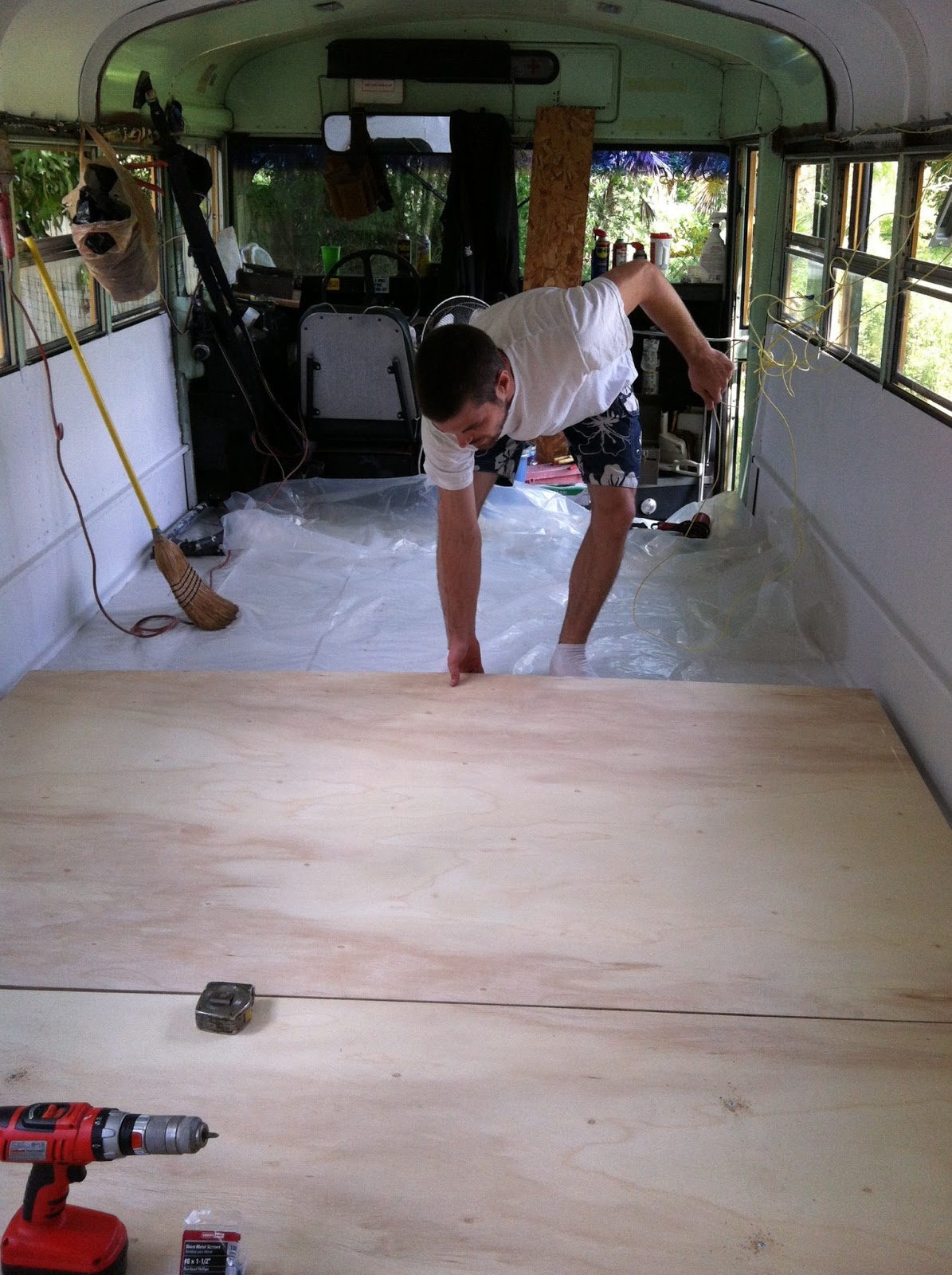 The first 5 pieces went in really quick. For the last one we had to cut out a hole so that we can access the fuel lines underneath the bus. We used the cutout from the vapor barrier as the template for the plywood and then the jigsaw to cut out the hole. 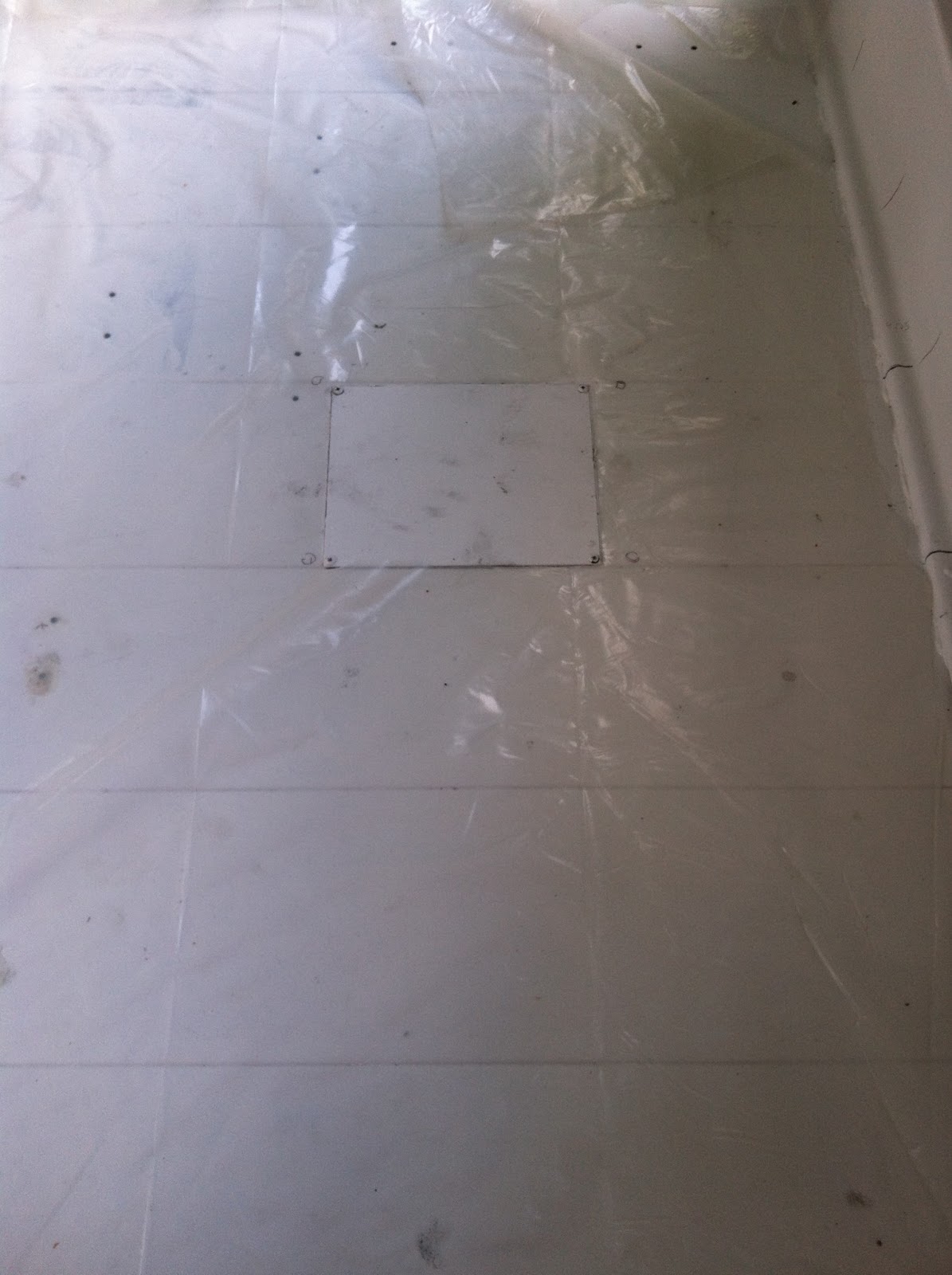 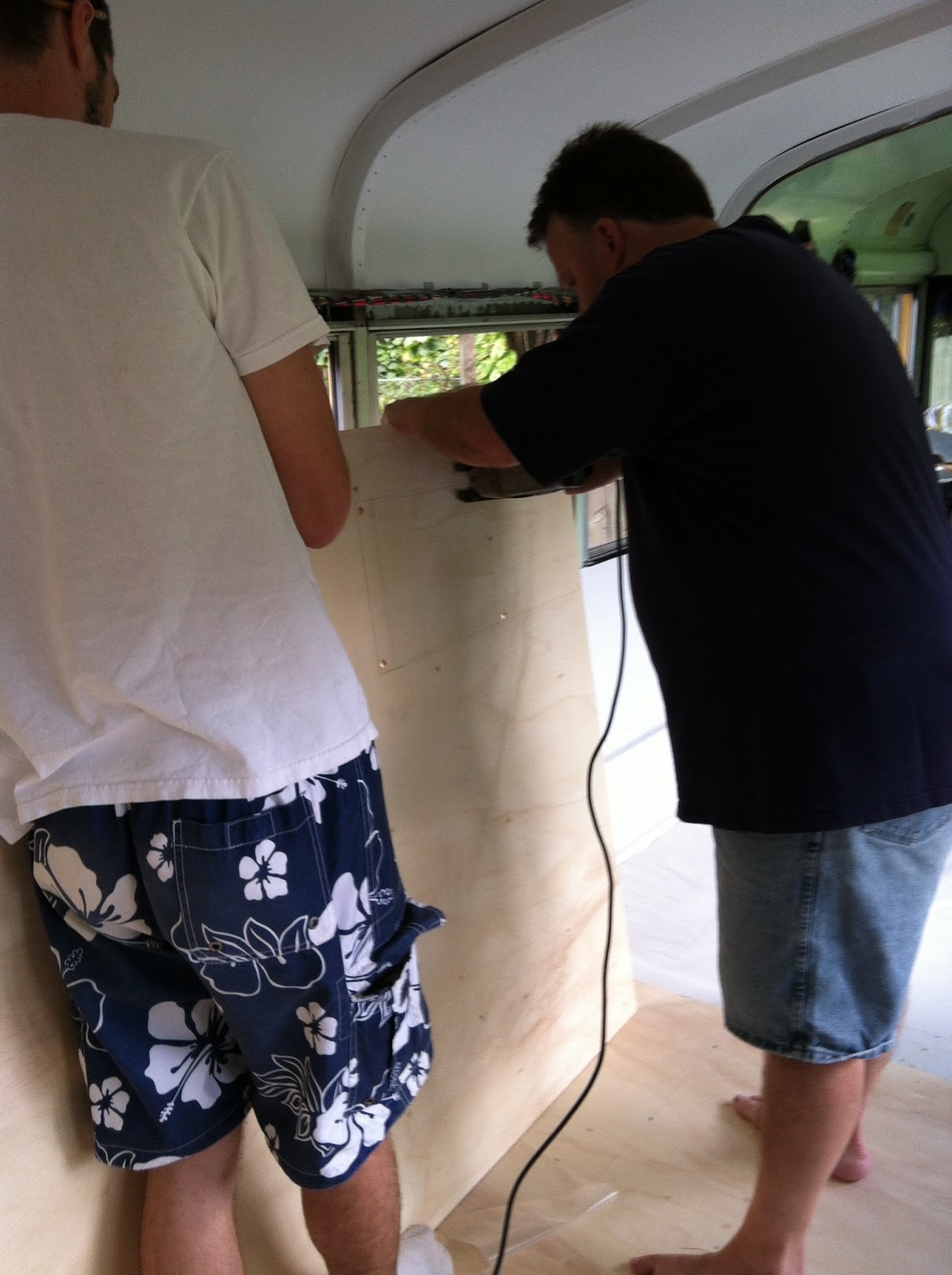 Before we can put down the last piece of plywood we had to finish rust converting and painting the front area by the steps. We also set up a nifty shelf in the bus to hold our tools and equipment (picture to come). The whole thing feels and smells so different now. We were also able to vacuum the floor and then had a dance party to celebrate! 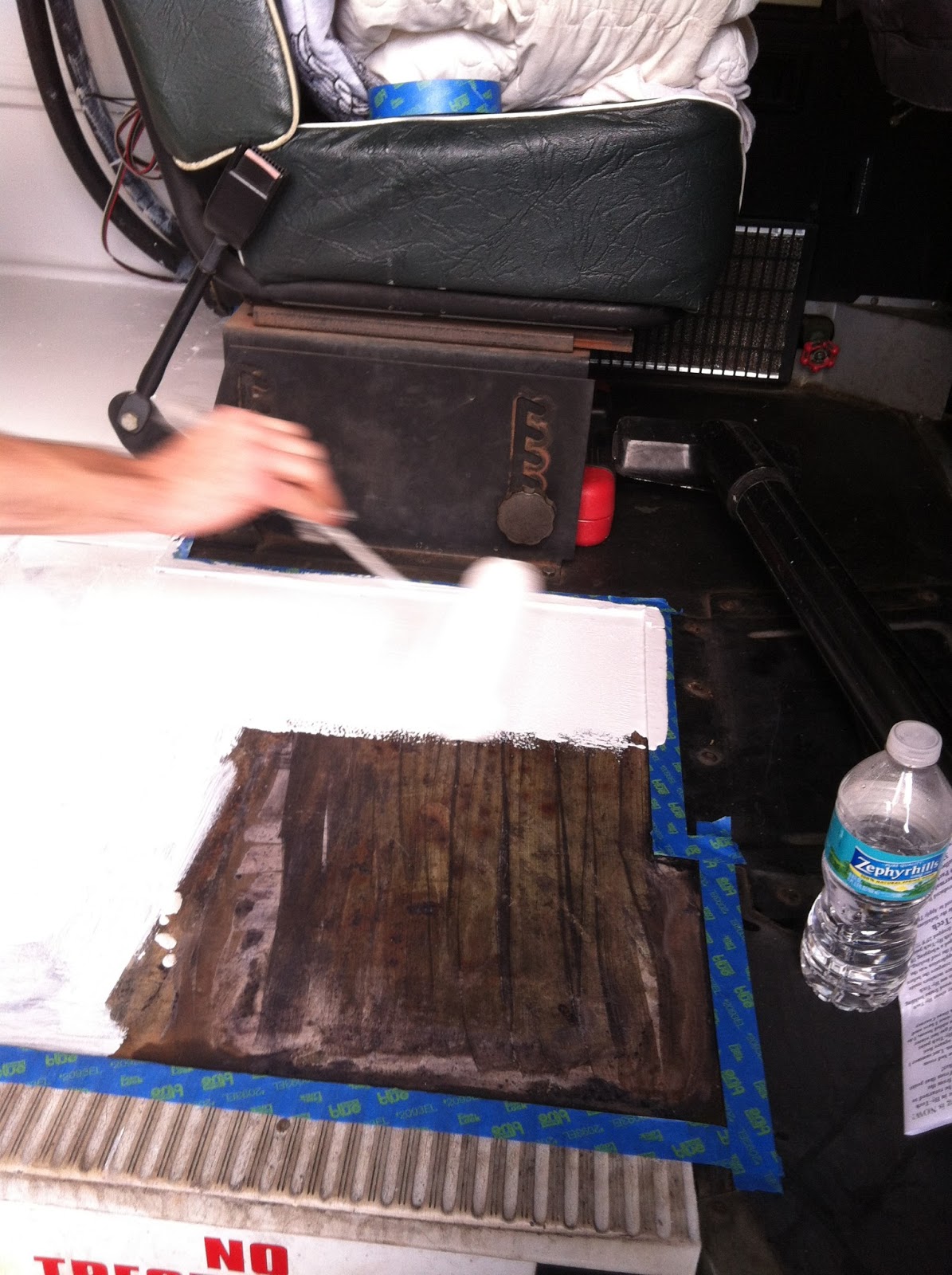 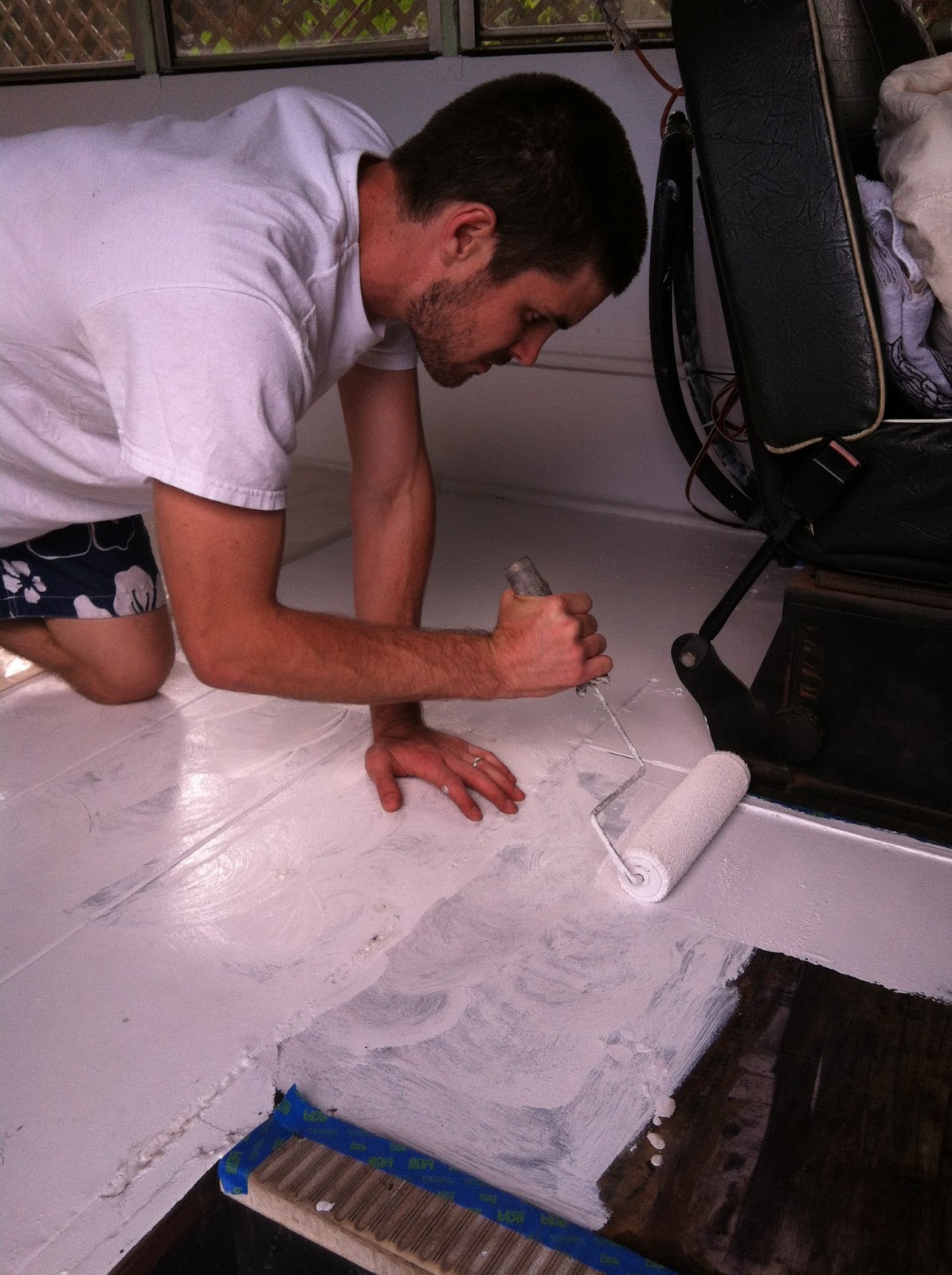 I also started removing the old caulk around the windows. It's dry and crusty and comes off relatively easily but takes a while to clean it all out. There's a large gap between the frame and the window so hopefully once we add fresh caulk it will help nicely with keeping everything insulated.


This week is pretty crazy for us but starting next week we'll be building the bus full time. We hope to order our water tanks and A/C mini split in the next couple of days and have started looking for an electrician. Any suggestions, recommendations or questions are welcome!